For years the K-67 kiosk was a common sight throughout the former Yugoslavia and all over the world. The design classic could be seen on street corners of almost every town. What many people don’t know is that several K-67 kiosks still exist in the former DDR town Weimar. These kiosks are so well camouflaged that even people who lived in Weimar for all their life and who might have passed a kiosk every day for several years have no clue about their presence.

For an exhibition we proposed to camouflage the K-67 kiosk at Marienstraße 18 according to the
backdrop of its current position. Furthermore a map was designed which showed the locations of more allegedly remaining kiosks all over Weimar. The map was supposed to be distributed at the vernissage to send people on a disappointing walk. Even though the project was selected it could never be realized due to a non-existing budget. 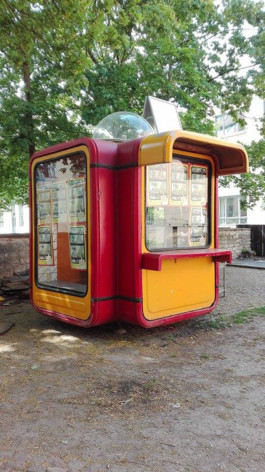 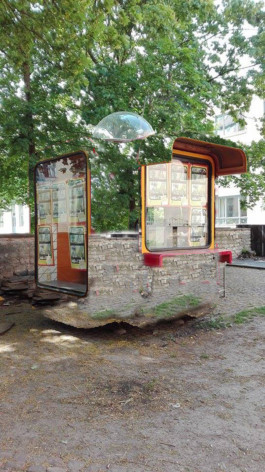